John Hennessey, a Texan with a craving for horsepower and speed, modifies and improves the performance of his brand-new Mitsubishi 3000GT VR-4, intending to compete in the Nevada Open Road Challenge, Pikes Peak Hill Climb, and Bonneville Salt Flats. As a result, his street-legal car, bumped from a stock 300 horsepower to 450 horsepower, successfully earns awards in all three events.

Inspired by his achievements and with encouragement and support from his new wife, Hope, John closed his private environmental business and opened Hennessey Motorsports. 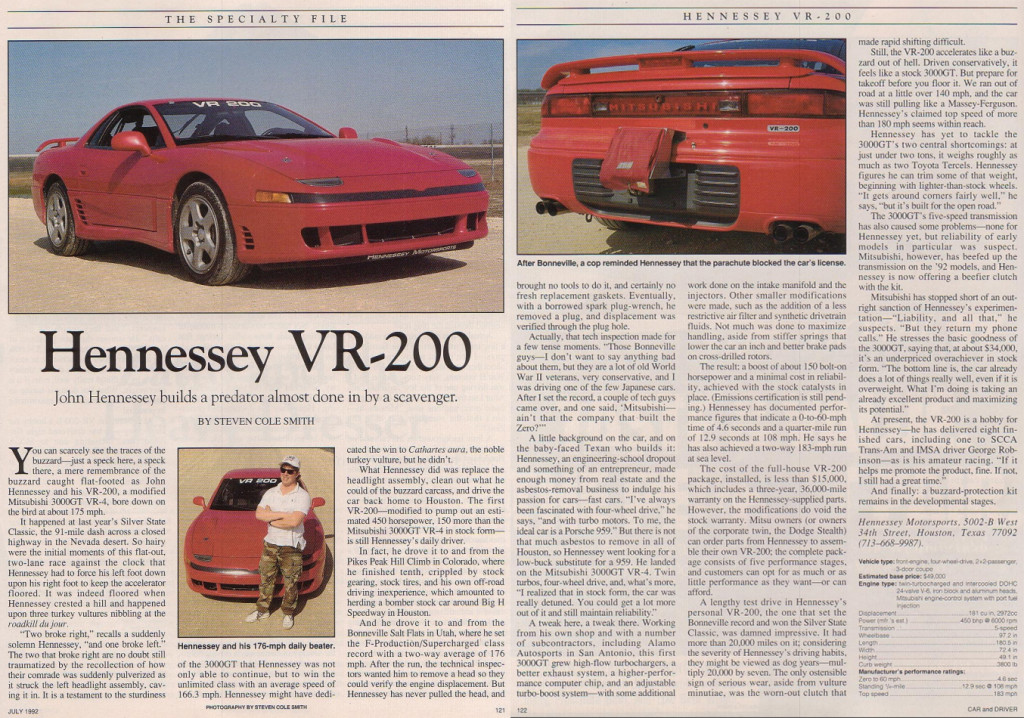 Working out of a rented garage, Hennessey Motorsports specializes in modifying turbocharged imports such as the Mitsubishi 3000 GT, Dodge Stealth, Toyota Supra, and Mazda RX-7.

In a two-page spread, Enthusiast magazine Car and Driver recounts John’s racing exploits and the modifications he made to his Mitsubishi 3000 GT (dubbed the “VR-200”). 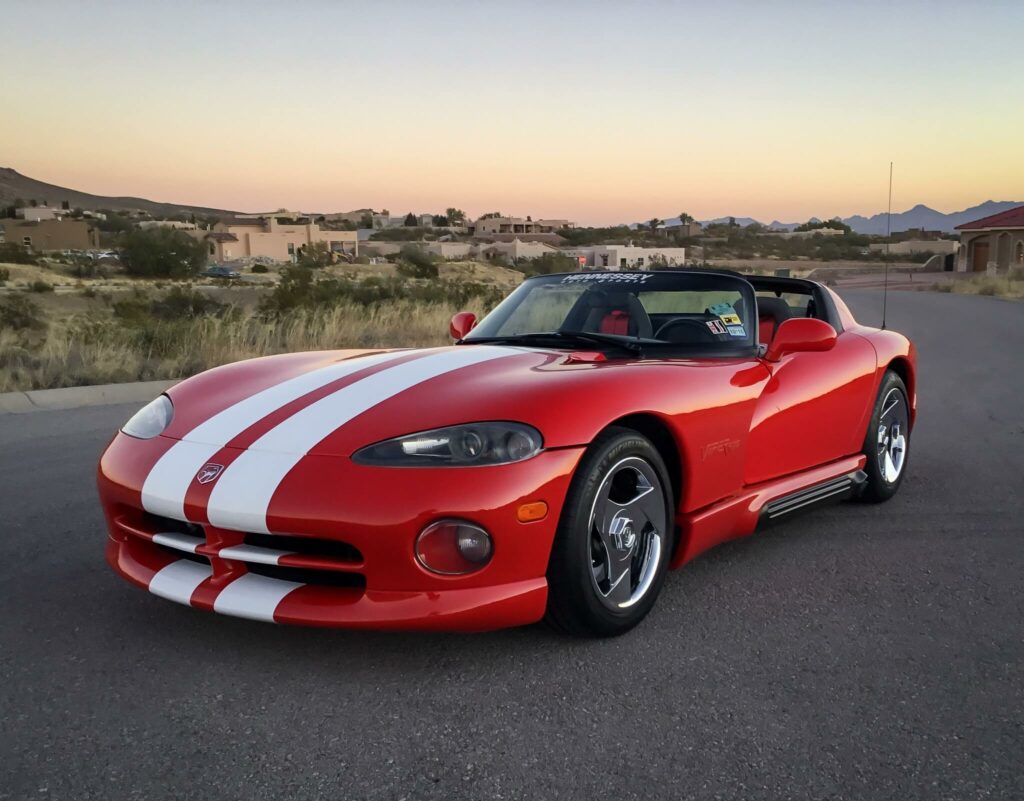 The first Viper “Venom 500” is built for a customer interested in competing in the Nevada Open Road Challenge. The car wins its class and finishes fourth overall with an average of 164 mph. It is newsworthy as the first Viper entered in any competitive event – earning it coverage in Car and Driver, Motor Trend, Hot Rod, and Car Craft magazines. The Viper “Venom 550” debuts with a 50 horsepower increase over the Venom 500 – credit Hennessey Motorsport’s design of the world’s first Viper 5-to-1 tubular headers and development of high-performance valve train improvements in conjunction with Competition Cams. Motor Trend track tests a Venom 500 and Venom 550 with both cars entering the magazine’s rather exclusive for the time “3-second club” by posting 0 to 60 mph runs of 3.7 and 3.5 seconds, respectively.

Hennessey Motorsport is involved in developing and selling the first hardtop designed for the Viper. A Belgian team campaigns two Vipers at the famed 24 Hours of Le Mans race utilizing exhaust headers, valve train components, and other racing parts from Hennessey – one of the team’s Vipers finishes an impressive tenth overall. John Hennessey becomes one of the founding members of the Viper Club of America. The new “Venom 600,” featuring a stroker kit with custom crank, debuts at Motor Trend shootout held at Firebird Raceway. It decisively beats the competition to earn the coveted “cover shot.”

An earlier experience at a Road & Track speed event did not result in a victory, but it brought home the lesson of having world-class test equipment. Hennessey Motorsport purchases one of the first Dyno Jet rolling chassis dynamometers.

The company has five full-time employees. 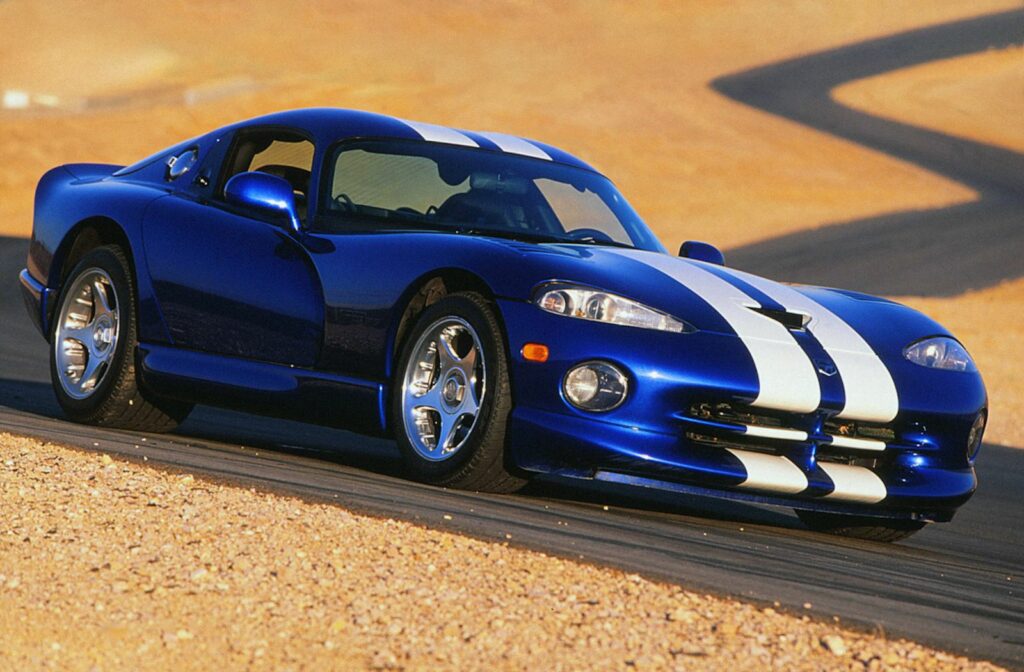 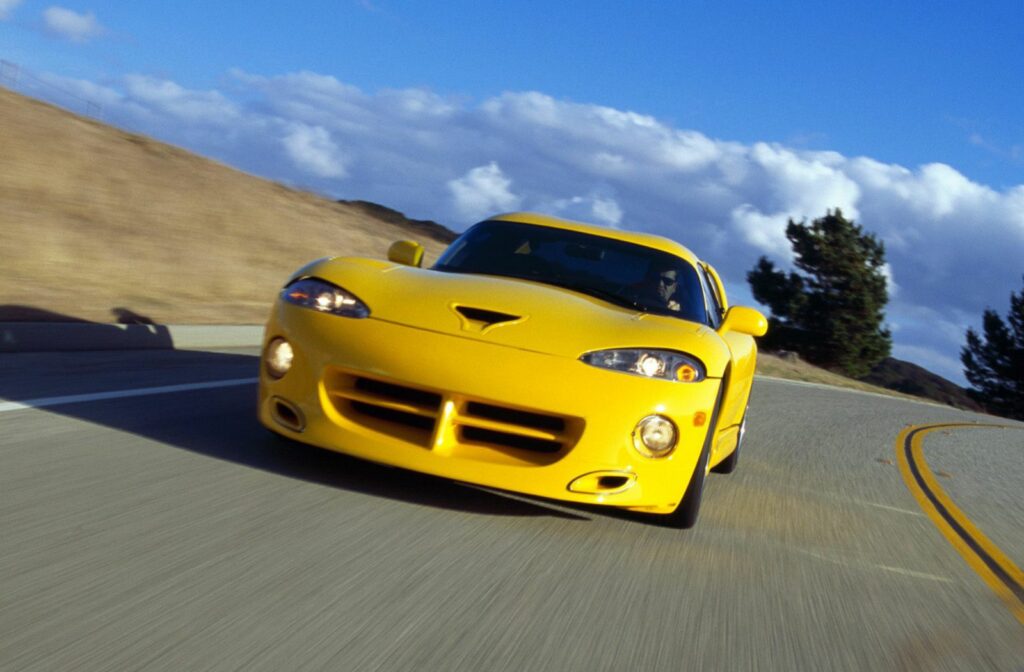 John Hennessey pilots a Viper 650R around the tricky high-speed oval at the Honda Proving Grounds in Arizona to become the first Viper to exceed 200 mph with a top speed of 203 mph. Motor Trend features the record run with a cover story. 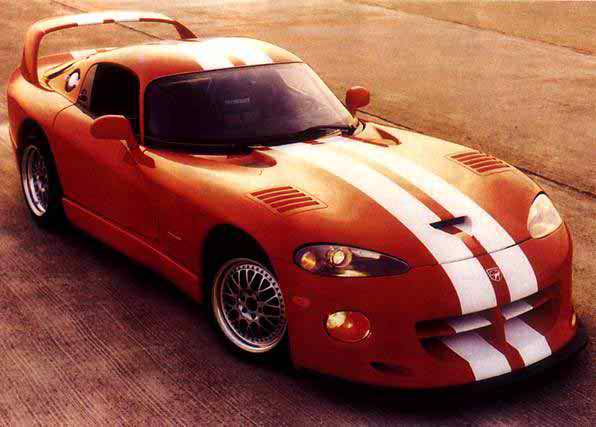 John drives his personal Viper GTS to establish a new speed record for the Elko Twin 50 open road race with an average of 177 mph on the return run.

The arrival of John and Hope Hennessey’s fifth child inspires John to put his family first. As a result, he retires from high-speed racing events – he will limit himself to road coarse and dragstrip testing in the future. The “Venom 800” makes its debut (the vehicle results from John Hennessey’s decision to develop a twin-turbo Viper V10). With 700 horsepower to the rear wheels, John sets a goal of 200 mph in the standing mile. On the strip, the Venom 800 comes up slightly shy with a speed of 197 mph but does become the first tuner car tested by Motor Trend to do 0 to 60 in 2.9 seconds and the 1/4 mile in 9.9 seconds. Hennessey Performance Engineering completes the acquisition of the Lonestar Motorsports complex, including a 1/8-mile drag strip. The “Venom 800 Twin Turbo SRT-10” captures an overall win over 16 tuner cars in the Car & Driver Supercar Challenge (the two-day event includes one day of road testing by the editors followed by a day on the oval and infield road course of Michigan International Speedway testing braking, handling, and various levels of acceleration).

In a Road & Track standing mile test on the runway at Lemoore Naval Air Station, the Hennessey Venom 1000 SRT-10 convertible posts the fastest top speed of 210.2 mph. The diverse field of 15 entrants includes a Saleen S7 and three race cars. The Venom 1000 is 7 mph faster than the Lola-Ford Cosworth Indy Car of Paul Gentilozzi

John Hennessey refocuses his attention on building a comfortable, user-friendly, 200 mph road car. He commissions a designer in the UK to create plans for a vehicle based on a Lotus Elise with a Viper V10 amidships that is the precursor to the Venom GT.

In December, ground is broken for building the company’s new facilities adjacent to Lonestar Motorsports Park.

Hennessey Performance Engineering movies into its new home, a 30,000 square-foot building adjacent to Lonestar Motorsports Park, off Interstate 10 (about 45 minutes west of Houston).

Tuner School, the first school dedicated to teaching and training high-performance vehicle tuners, opens within the new facilities. In addition, Hennessey establishes a YouTube channel to post entertaining and informative videos of its vehicles in action.

The Venom GT development continues in the UK. The Chevrolet LS9 V8 replaces the twin-turbo Viper V10 engine of the original content.

The Venom GT prototype debuts. It is followed later in the year by the delivery of the first production version. Top Gear devotes the cover story to Hennessey’s Venom GT.

Hennessey Performance Engineering dealer network continues to expand for ordering cars through Chevrolet and Ford dealers across the country. In addition, a new website is launched.

The Hennessey Venom GT appears on the cover of Road & Track.

In a most unusual christening of Texas Toll Road SH130, the Hennessey “VR1200″ runs 221 mph, and the HPE700” Camaro ZL1 runs 204 mph. Top Gear magazine records the Herculean effort in its December issue.

The Venom GT sets the Guinness World Record for 0-300 km/h production-car acceleration at Ellington Airport in Houston, Texas – a blistering 13.63 seconds – and lands on the cover of EVO magazine. The Venom GT also sets an unofficial 0-200 mph record of 14.51 seconds (a staggering 7.7 seconds quicker than the Bugatti Veyron Super Sport).

On a 2-mile runway at Lemoore Naval Air Station in California, the Venom GT achieves 265.7 mph from a standing start. In addition, Hennessey Performance Engineering broadens its tuning reach to European exotics, with 700-horsepower upgrades for both the Ferrari 458 and McLaren 12C.

Hennessey Performance Engineering is on track to build and upgrade more than 500 vehicles per year.

Shell/Pennzoil enter into a sponsorship agreement with Hennessey Performance Engineering. As a result, Pennzoil becomes the official motor oil for all Hennessey vehicles, including the Venom GT.

In the first C7 Corvette to exceed 200 mph, John Hennessey achieves a speed of 200.6 mph in an HPE-upgraded Stingray on a closed section of the Grand Parkway toll road in Houston, Texas.

Hennessey Venom GT Spyder runs 265.5 mph with the roof off to unseat the Bugatti Grand Sport Vitesse for the title of the World’s Fastest Roadster.

Hennessey unveils the rival to the Dodge Demon – the 1,000 HP ZL1 Camaro, which goes by “THE EXORCIST.”

The Hennessey Team creates and unveils the “Venom F5” hypercar and “VelociRaptor 6×6” at the Shell Experience at the SEMA Show in Las Vegas.

850 HP Hennessey “GT350R” Mustang is driven by Matt LeBlanc and is featured on the season premiere of the BBC’s Top Gear TV.

Hennessey Dodge Demon runs 9.14 @152 mph and becomes the quickest and fastest Dodge Demon in the world.

THE EXORCIST is the fastest Muscle Car in the world, attaining a top speed of 217 mph at the Continental Tire Proving Grounds in Uvalde, Texas.

Hennessey and Pennzoil unveil the Venom F5’s engine, which produces 1,600-plus horsepower from a 7.6L twin-turnbo Hennessey V8 engine. The unveiling occurs at The Quail – A Motorsports Gathering during Pebble Beach week in Monterey, California.

Hennessey Performance has record growth of over 30% compared to 2019, which was also a record year.

The first production, Venom F5, with 1,817-horsepower, is completed and unveiled to the world.

Tuner School experiences record growth which includes the addition of an advanced tuning class which will begin in 2021.

Hennessey Venom F5 production begins. The vehicle is sold out – all 24 allocated units – by the end of the year.

The MAMMOTH 1000 Ram TRX is the most popular Hennessey vehicle.

Hennessey Performance has record growth in company employees of over 60%.